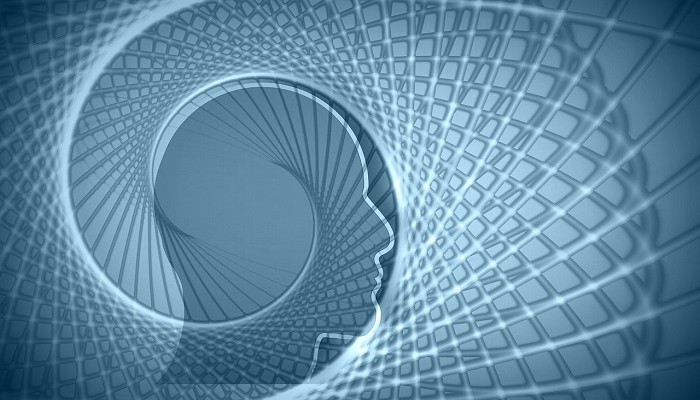 Steady solutions in liquids level control, neglect dirty and slurry contributions along the medium working time, so that safety and reliability are compromised. Air over liquids layers as for foams and supernatants, affect the repeatability detection. The easiest and most practical solution is based on a single or combined pair of hydrostatic level switches using the LID or TIL series, equipped with lightweight abs housing and thin silicone rubber elastic diaphragm.

Hydrostatic level is a piezometric measure on precise referring at detection pick on point, where potential energy is like to the force uniformly exerted over the entire liquid surface at the same geodetic height, in comply with one of the fundamental hydrodynamics theorems.

Taking care the installation on sampling point only detects the actual position component (related to the absolute or relative level) of the three possible sharing components at this point( position energy, pressure energy, motion energy) that constituting, together, the total energy of liquid particle at the point.

A typical application of the simplest is represented by the minimum and maximum level control for shallow water in to collecting tanks at the atmospheric pressure and room temperature. 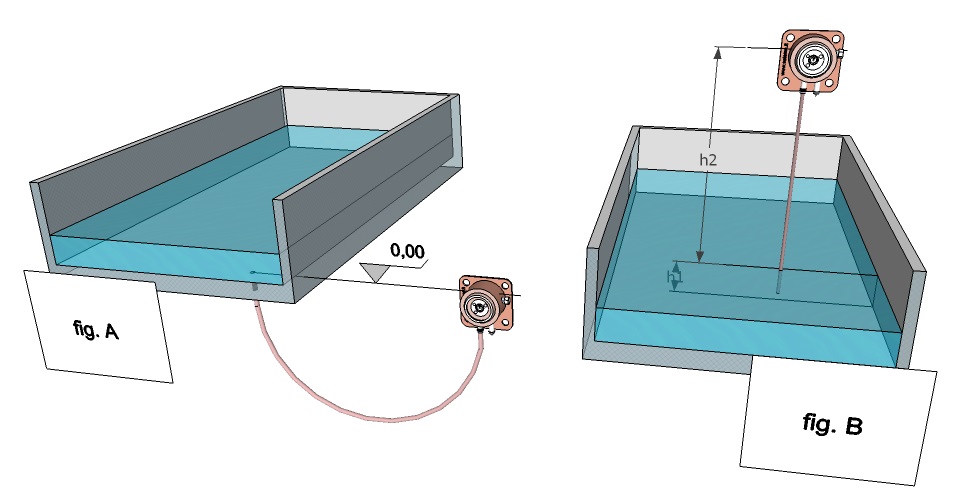 The installation under traditional hydraulic head, is to place the level switch to a share of less than the bottom of the tank or at least equal to the lowest level that affects the low range of the instrument (Figure A).

When it is important don't touch directly the liquids media, or if the installation must be on vertical asset only, above the free surface, it is useful to mount there our TIL 604 series models and derivatives cheap LID type (fig. B).

The installation involves one or two hoses by suction above the liquid surface toward the level arising, mediated through the thin air cushion in the middle way. The sensor's sensibility allows switch-off set point at max level gauge and reset switch-on point at min level gauge, by a graduated knob, with an adjustable differential zone.

The thrust exerted by the liquid column to measure can be added in various ways to the atmospheric pressure acting over the liquids surface, allowing us interesting application variants, that leverage different mounting combinations.

Now we thus have to working, according to our intentions, with two distinct density of media: one for liquid and one for air /vapour, the first considered incompressible, the second only partially compressible, since the low absolute values, due to barometric pressure and room temperature.

The Stevin's equation puts on relationship the physical variables in play
P = h * ρ; where h like to the pressure head, liquid column height related on, and ρ equal to liquid density, provide as a resulting product the pressure gauge P , value easily detected by our basic devices LID and TIL600 level switches

The sensibility, normally falling around to the centimeter, can be increased, extending it to a few millimeters, by using a lower scale range. Large level limits up to several meters in depth. Flexible solution for limited mounting space.